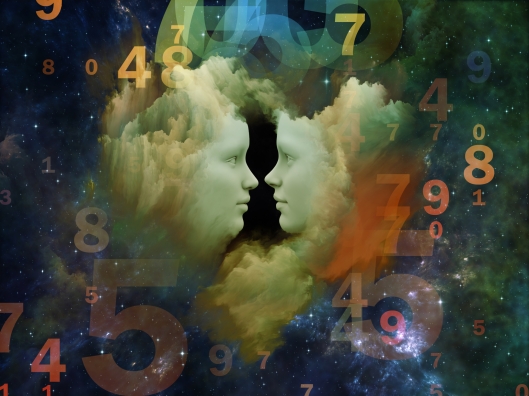 It’s no secret that romance writers love imagining how fate throws two people together.  It’s a big part of the RWA canon.  Protag should meet love interest by chapter two and must have a satisfying ending.  Killing the love interest, like Downton Abby did with regularity, is frowned upon (but forgiven if you’re … Downton Abby).   It is not a new formula. Twentieth-century movies formatted the process for decades with “guy meets girl, guy loses girl, guy gets girl“.  Joke as I may about RWA’s blueprint, all I know about writing romantic entanglements came from published authors of romance novels, nurtured by the RWA.  They know a thing or two about love. I belong to the RWA. There – I just outed myself (but wisely waited until after the Super Bowl).

When I grew up, date, mate, and fate, arrived well after my teen years.   I didn’t come from an ethnic neighborhood where elderly matrons operated a match making service, so I was on my own.  It also didn’t help that genes threw in a few roadblocks by making me a bespectacled, 90 lb. dripping wet (in winter, with boots and wearing two sets of long johns), geekish boy with a goose-like neck and pimples rivaling Mount Pinatubo.  Add it to a bumbling stammer when I engaged in conversation with the opposite sex, it had me wondering if priesthood would be my fate.

I came across a summation of a book by Daniel Jones,” Love Illuminated: Exploring Life’s Most Mystifying Subject,” apparently researched with the help of 50,000 strangers (I wonder how long that took?).  He quoted a relationship columnist.

“Even in our overexposed online dating world, we still count on fate when looking for a mate”.

I’ve spent enough of my adult life working in and around big cities to witness multitudes of people swarming in close quarters like schools of mackerel, yet struggle with loneliness.  Despite the close proximity of fellow hominids, fate seemed to favor smaller places with fewer candidates. A guy growing up on a farm in Wisconsin had a better chance of finding a mate (or depending on geographic location, your first cousin).

Facebook and search engine sites advertise a plethora of match making apps to replace the old village matron, or finding love in all the right bars.  I stumbled upon (okay, guilty, I searched for it), The Top Free Dating Apps – Based on Popularity. Of course, “EHarmony” leads the pack (it’s not free) with the age-tested questionnaire profile, which is often questionable. Not that I’m claiming people outright lie, maybe the word “enhanced” fits better (See Ben Stiller’s remake of Thurber’s “Walter Mitty”). Sites then divide in accordance to interests, ancestry, religion, etc.  “2RedBean”, for Chinese singles, is in the top ten, just after “Match.com”.  If things don’t go according expectations, you can get “WotWentWrong” to describe what-went-wrong in a former relationship or recent date.  Wow.  I get these sites improve the statistics of finding companionship, but sure seems like a lot of frogs to sort through.  I’m so glad I’m off the circuit.

Believing a soul mate is destined to walk into your life, is the stuff of dreams.  Weaving dreams is what we writers do. Nothing agitates the butterfly conservatory in our belly more than a face and pair of eyes that connect by chance.

Fated love opens new windows to a character’s soul, and isn’t limited to romance Regencies with daughters (princesses) trapped in the cultural norms of curmudgeonly fathers (or Kings) selecting husbands for them, dashing true love for the stable boy or juggling court jester, who is good with his hands. Today’s Young Adult titles bleed with chance encounters, often while in a relationship with someone else and disapproving eye of peers and parents. It might be a reason why we can’t get boys to read young adult titles (I’m jesting … maybe).  I could go on with genre diversity regarding fated love, but I haven’t the word space for it.  I write science fiction, fantasy, and the occasional paranormal. I’ll stick with what I know.

For me, fantasy stories wrote the book on romantic destiny long before we called it romance.  Hearing the words “Once upon a time …” prickled the skin. I can’t think of one title I’ve read where it doesn’t possess variations of fated love.  I recently finished a lovely series by Jeff Wheeler, “Legends of Muirwood”. I got lost trying to keep track of entanglements in Robert Jordan’s “Wheel of Time” series.  G.R.R Martin’s riotous “Song of Ice and Fire”, is rife with unplanned liaisons, though he may kill them along the way (which pretty much bans the title from RWA for not having a satisfying ending).

Recent dystopian tales embellished the typical thematic moroseness with contours of fated love. Think Collin’s “Hunger Games”, Roth’s “Divergent”, or the movie “Oblivion”.  It’s a heart tugging moment when two strangers trapped in a dehumanized, cataclysmic societal decline, spot each other in the dust.  I’m still editing a dystopian tale where a genetic marker wipes out 98% of the human population. A tiny number of these survivors share a unique birth date, and the possibility of having children.  Fate has its hands full when an ocean moat separates the guys on one continent, the girls on another. Unfortunately, dystopian is yesterday’s news, so I’ll hopscotch to science fiction until dystopia is back in fashion, like my 70’s disco shirt.

As a kid, I inhaled science fiction stories by the dozens. With notable exceptions, like Bradbury’s “Bicentennial Man”, or Frank Herbert’s “Dune”, the books I read, buried fated romance in subtle micro plots.  Is it because we geeks are more enamored with the science of our fiction?  Trust me, it isn’t the headliner in discussion forums, but we all secretly look for that moment when our protag is caught in the action, and BAM, hit upside the head with an unscheduled stop in romance-atopia. When I ask sci-fi fans for their favorite story liaison, Han Solo and Princess Leia come up every time.  Audrey Niffenegger’s debut book, “The Time Traveler’s Wife”, ranks high on the list, though I found it less science, more romance for my taste.  Gets real interesting when it’s an inter-species relationship like in “Babylon 5”. Whole new portals open up with biomechanical awareness like “Wall-E’ and “Bicentennial Man”. 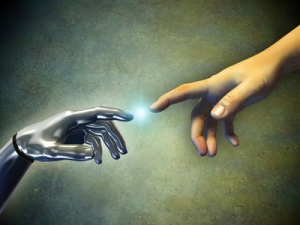 From: @Andreus via Depositphotos.com

There must something to our obsession with fated encounters. How can so many fictional stories arise with fate pushing two characters together?  Even stories where society has been relegated to love-on-demand rendezvous, like Michael Anderson’s “Logan’s Run”, humans are destined to find one another.   The more unlikely the circumstances, the better.  People still believe that fate will find us a soul mate. It’s why we writers weave it in our stories.

Do you believe in fate?  Love to know your thoughts.

BTW, if you want more romance in your science fiction, a recent article by Daniel Hope compiled a list of Science Fiction Novels for the Lovelorn Rocket Jockey, with titles old and new.

5 thoughts on “Love and the Fickle Finger of Fate”